You can discuss any form of technology here just about! Computers, phones, internet, gadgets, etc.
10 posts • Page 1 of 1

What kind of computers do you have/use?

I myself have two laptops. Ones a MacBook Air, and the other an HP.
Dook, dook, dook!

I have an Acer Spin 3 currently. It's not the best, but it's 10x better than the one I was using before :'D
Top

I have a Chromebook
Top

I have my custom-built desktop, an older desktop that I use as a Windows XP box, and a laptop.

I've got a mini personal computer, notebook tablet and I recently bought a Samsung Galaxy Tab A. 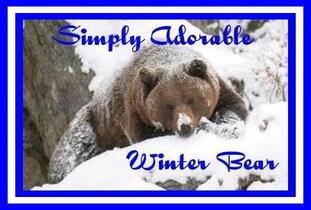 ^Avatar and banner made by me^
Top

Ooh. What do you use the Windows XP computer for? I have an old one I'm trying to restore so I can play The Sims.

Nice!
Where there is not light, there can be spider.
Top

I use it mainly for older games, but I haven't been using it a ton recently.

Well, I got myself a new MacBook Air. =3 My dad inherited my old one.
Dook, dook, dook!

I'll probably be upgrading to something better sometime early next year.

Spook of the lost
Baby Ferret

Hmm tough one to answer.

let's see... my oldest one is a Commodore 64 rev C with a 1541C Floppy disc drive and a special module to allow me to load cassette games using a standard aux cable.
then there's my IBM PS/2 model 50 which is a intel 286 16mhz cpu with 30mb of hard drive storage and I think half a megabyte of ram?

beyond that I have half a dozen Imac G3's in various colors I've collected, a couple 486's that I need to get working, two pentium III's one of which is hosting a BBS I've been running since 2011.

then there's my windows XP machine, Mimir, which acts as the bridge between modern and old systems, it's running windows XP x64 and Dos 7.1 dual boot. a few laptops I have lying around, including the last mac model to use a power PC, a macbook G5. and finally my main desktop rig.

Thor which really deserves a page in and of it's self given the specs and modifications I've made to it.

it has a parallel port, two serial ports, a gigabit ethernet port, HDMI in, composite video in, component video in, SCART video in, 5.1 channels of audio in, wifi support up to wifi AC at 1.5gigabit speeds, USB 3.0 and 2.0 ports and a set of firewire ports.

for video it's running a geforce GTX 1060, and dual boots linux and windows 8.1 on dual SSD's one for each OS, while they share a 2tb storage drive.

it also has one last addition, a parallel port chip programmer which is connected to a parallel port switch I rigged up using bus switches, this is so I can switch between it and the parallel port FM synthesis card I have for old games (like the one in my sega genesis

it's connected to the 286 via serial connection and the rest via a 16port ethernet switch, including the modded game consoles with network ports making it sort of the hub of my entire setup.

think of it like some sort of techno-geek device which assimilates and incorporates anything you throw at it.

as a last addition I guess I can include my wearable computer prototype though it's a long ways from a finished device...

"The future is already here. It's just not very evenly distributed" - William Gibson
"I reject your reality and subsitute my own." - Adam Savage, Mythbusters
Top
10 posts • Page 1 of 1

Users browsing this forum: No registered users and 1 guest